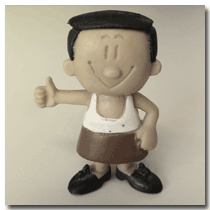 Have you ever come out of a movie feeling great, but a couple of months later, you didn’t have much recollection of it?

Some years are like that for me. 2013 for example. I guess it was a pretty good year, nothing bad happened, but I just can’t remember much of it now.

Big events act as landmarks for our brains. In contrast, like in a movie, without big, memorable scenes, a year may have been enjoyable but may appear irrelevant in retrospect. But what are 90 minutes of shallow entertainment compared to an entire year of my life?

In recent years, I would take barely a minute on New Years Eve to decide, “Well, there goes another great year!” and then welcome the new one. I am sure I did so in 2013, but heck, still can’t remember if I did anything cool that year. I also don’t remember my small victories and fails. Quite sad, isn’t it?

I am a big fan of project reviews (aka. postmortem meetings), in which you revisit the wins and losses during a project and identify what aspects need improving and what worked well. It’s a great method to improve and grow personally and as a team.

So why not do it on a personal level for the past year?

I’d like to keep it short and focus on three main questions in my 2015 Annual Review:

2015 was a year full of positive changes for me, but I also failed on several levels. Since it always easier for me to find more things I am failing at over things that work, I will limit myself to the four biggest points each to keep it balanced. Let’s start with the good stuff.

Move to San Diego. Back in 2012, I believe (pretty sure it was not in 2013), I wrote about pursuing my personal quest, which comprised five specific goals. Relocating to Southern California was one of them. Back then I wrote, “…we don’t want to move just for the sake of moving. Many pieces have to fall into place to reach this goal.” This year these pieces fell into place, and I am quite happy about that. It’s a gorgeous place to live.

New Job. After over a decade in research, I made the transition to consulting. As a researcher I developed, optimized and tested analytical methods and water treatment systems in Europe, North America, and Asia. I worked with scientists and engineers from all over the world and got to see incredible places along the way. Now has the time come to use these experiences for more impact while I continue to learn and grow.

Reading. When I include audiobooks, then I realize, I have gone through more books than I thought. 16 Kindle, 10 audio, and 6 printed books, which makes for a decent 32 books last year. When you only care about the mass, then the number of books can be a deceptive metric, considering how short some ebooks are. My goal is to expose myself to many different ideas, and even the shortest book contains, at least, one new idea worth remembering. I want books to challenge my way of thinking. In this regard, there is no difference between fiction and non-fiction books for me. The goods ones stick with me long after I am done.

One book has been my absolute favorite in 2015. It is Sapiens – A Brief History of Humankind by Yuval Noah Harari. I found it captivating and it gave me a different outlook about history, our society today and current events. It’s much more than a history book. I recommend it to everyone who enjoys seeing things from a different angle.

I listened to the audiobook, the narrator was great, but I am sure I’ll get the hard copy also, as I do for all the great books.

Meditation. I was sold on meditation long before I heard about its many proven benefits. Even back in school, I used meditative breathing exercises to keep my sanity during stressful times.

However scientific research showed (on aging and on focus) that to experience the best benefits you have to do it regularly over long time periods. Calming my monkey mind has always been a struggle, and this year I wanted to stick with meditation. And I did it. I’ve never meditated so many days in a year before. I am still not always calm in all situations, and there are still frequent moments when too many ideas and thoughts pop into my head at the wrong moments. It took me a long time to understand that I can’t “meditate better” each day. This is not how meditation works.

Before I tended to pour my time and energy into situations that were long lost. Through meditation, I am increasingly able to take a step back and let situations go that are not winnable. That’s a big personal improvement for me.

Writing. I haven’t written a paper or major report this year. What got published was the result of work I did in 2014. On Darn Office, I’ve also published only seven posts in 2015. That is quite embarrassing. Even more so, if you could see the many posts I started but abandoned.

Why is writing so important for me?

Professionally it is almost the only way to have something to show for in the long term. Regardless of the form, writing is great because it forces you to be precise and helps to validate your ideas. Writing is like any other skill, the more you do it, the easier it gets. It has become too difficult.

It started with my intention to produce better quality post vs. more frequent posts. What ended up happening was that with each week I failed to publish a post I set the threshold higher. This then made me drop articles I started because I felt they just weren’t good enough or would take too long to finish. And so the pressure increased even more for the next one, and so on and on.

Family and Friends. In 2015, I wasn’t able to travel outside of California, which wouldn’t be a failure by itself. But I failed to make up for missed in-person meetings with family and friends living overseas by not keeping up with communication. I dropped the ball on a regular basis last year. Just It’s natural to feel isolated after moving to a new place. And I added to this feeling by not keeping in touch with the ones who reached out to me. Not good.

Consistency. Hey, Squirrel! After the move, I basically imploded. I don’t think I managed to stick with anything for longer than two weeks. Daily workout happened only during vacations, and many projects got dropped for the next shiny object.

Daily Grind. It doesn’t help to run faster if you don’t know where you are going. Especially, towards the second half of the year, I didn’t feel on top of things, which I compensated by increasing intensity instead of increasing impact. As a consequence, I felt too busy with too little results. The old efficiency vs. effectivity trap.

Despite my personal shortcomings, 2015 was an incredible year for me, and I am very excited about 2016. I have big plans, but instead, of goals I decided to identify four themes that I want to follow this year.

Thinking in goals means that although you are working towards a goal, you’ll end most days with the conclusion that you haven’t reached it yet. The day you reach your goal you’ll decide for a new goal and the cycle begins again. In other words, you are never quite there. Often enough something changes in your life and are thrown back, or you suddenly have a new goal. This can be quite frustrating.

Thus, for 2016, I decided to choose themes. You could say one-word mantras, which I will try to keep in mind with every decision, every day. I chose them deliberately, and they entail more than I can write in the short paragraphs here. I’ll explain them in more detail in the next weeks.

Simplicity. Most of my failures are caused by trying to accomplish too much in too little time. I also tend to overthink and overcomplicate things in situations that call for simple solutions. This year I will seek simplicity and resist the urge to add more where I should subtract.

Balance. After feeling stuck in my self-created hamster wheel, I forced myself to unplug entirely for the last two weeks in December. It was the best break I’ve had in a long time. It reminded me of how important it is to keep a balance. Staying balanced in my activities and goals helps me to keep a clear mind and be consistent in what I do.

Depth. Everything comes in layers. And this year I will try to peel back all these layers to the core, for only then I’ll be able to understand and improve. In short if I was a doctor I want to commit myself to eliminating the cause of an illness instead of only treating the symptoms. I leave it at that for now.

Impact. This is the fourth word I will use to guide my decisions this year. I will prioritize my actions towards the highest impact on myself and my environment. Whatever I do should be effective and meaningful.

This review has been a great lesson for me, and I can only recommend for everyone to do something similar regularly. It doesn’t have to happen at the end of the year. I am quite excited to see how the new focus on themes over goals works out for me this year and looking forward to sharing these lessons with you. Thank you for reading.