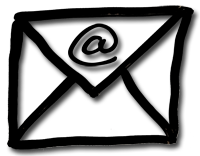 This is another email related Quick Tip helping you to get control of your emails in Gmail. I have been pretty happy with my zero Inbox email strategy over the last six months with a few exceptions (more on that later). Key of this strategy is that I only check emails when I am able to act on them by

As a result, I only check my emails a few times a day and I have no read emails in my inbox that still require some action. I absolutely agree with the reasons Leo Babauta from Zen Habits lists for Why Your Email Inbox Is NOT a Good To-do List. These are:

I would add two more

I wrote that I am currently pretty happy with my email strategy with a few exceptions. Such exceptions are when it seems too much effort to create a new task in Asana (or somewhere else). Examples would be when I got an email requesting information but need input from someone else before I can respond. Another example is when answering the email would take me less than two minutes, but I rather wait because the person is on vacation for the next week. I also quite often get emails with temporary passwords where I am informed that I will be able to access a certain page in one or two days.

At last there is the case, when I want to follow-up on a response I sent, but again, creating a new task for just the follow-up seems like a waste of time.

These are cases when the Gmail plugins Active Inbox and Boomerang have become very useful for me.

Very briefly Boomerang enables you to

The key features of Active Inbox are:

As you can see both have a little different scope and offer free plans, but both are probably only really useful for you with the paid plans. But of course this and what plugin works better for you very much depends on what type of emails you are dealing with. I recommend to just test them; both come with great tutorial videos.