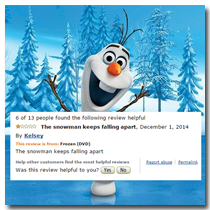 Whenever you propose your plan for a big project in a meeting, and everyone is immediately fine with it, then you know something is wrong. Maybe not necessarily with your plan, but with the group you are presenting your plan to.With more than five people it is usually hard to get a consent on what route to take to the airport, thus, something is foul when nobody questions anything you are presenting.

John D. Rockefeller, who started out from humble beginnings to become the richest man of his time, surrounded himself not with yes-men but with critical thinkers and operated only by consent of his leading directors. This way he avoided major blunders and was thus able to grow his Standard Oil company to the biggest oil refiner in the world. And all that in the highly volatile years of the mid 19th to early 20th century.

What you want is strong opposition in your inner circle to make sure you can face the hard realities of your work’s existence in the outside world. END_OF_DOCUMENT_TOKEN_TO_BE_REPLACED