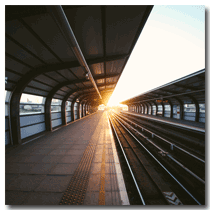 At times, I wonder if in the grand scheme of things we humans of the digital age are so much better off than our prehistoric hunter-gatherer ancestors.

It may be great to see when Jack across the globe is relaxing under a Palm tree in Bali. At the same time, Heather really hates the weather in New York. So great, she was fine an hour later when she posted her desert on Instagram. “What an amazing restaurant, the food was yumy.” “Yumy?”, I wonder. With one m? A second later I learn from Google that there is a Yum-Yum Donut’s close to my home, and their Apple Fritter has 600 calories…

Sure, it still makes me smile when I can send a fax, cash a check and schedule a dentist’s appointment with only the push of a few virtual buttons on my phone. These tasks would have taken me a couple of hours merely ten years ago.

I don’t have to leave my home for anything. I can buy, watch, and learn whatever I want from any room in my house. I can even do all that while I brush my teeth, take a bath or wait on hold at some customer support hotline. Great new world.

In all earnest, is it really that great? Does it make me happier or feel more accomplished?

Some sabre-tooth tiger may have killed me any day back then, a car, some disease, or freak accident my do it today. Are we dying less? Are we less afraid? Do we work less? Is there less hunger, less thirst and less anger in the world?
I don’t really know. And if it didn’t get much better then it may even get worse. We may run out of clean water, energy, helium, space, food, and ways to trick the financial systems.

And yet for all I know, I consider myself the lucky one. I am fortunate to sit at this very spot (20 minutes from the beach). And I am certainly happy to live at this time.
Thanks to all the banalities that seem to occupy most of our time today, there is real hope for real progress. I mean progress that matters. Not for my convenience but humankind and this planet.

Because we cared so much about taking our music with us, because we got hooked playing games on the go, because we were willing to pay more for more added features, yes, because we are still riding this never ending consumerist wave we now hold the future in our hands.

It was not for Dale in L.A. caring so much about the global community, but because he and many others were looking for stuff to buy and sell on the internet that now children in remote villages in Ethiopia and other developing countries have access to knowledge at a scale that was unthinkable a few decades ago.

And I am convinced this is just the beginning. As with every major shift in human history, several new technologies are available right now that in combination will impact our lives dramatically. Let me just glance at a few.

The ability not only to store more data than ever but also to analyze them in ever shorter timeframes catapulted several research disciplines into a new era.

It took us a decade to decipher the human genome, and now we can sequence the same amount of DNA in little more than a day. Together with the ability to store and analyze enormous datasets this completely changes how we diagnose diseases. Two factors will help save more lives than ever with regards to genetic diseases: Certainty and speed.

The microbiome is the sum of all microorganisms that live in and on us, most of them quite symbiotic. They outnumber our genes 100 to 1. We are currently learning to understand the microbiome and its meaning for us. Knowledge, that will impact the entire drug industry because very serious diseases are now treatable by ‘simply’ changing these populations. Probiotics are an already old example, fecal transplants are another existing but sadly still misunderstood practice. We will no longer fight bacteria through the use of antibiotics and aggressive drugs but utilize them to our advantage.

Although 80% of all life on earth lives in the oceans, which cover 70% of the earth’s surface, we only know about less than 5% of this important ecosystem.

We do know most of the missing information relates to microorganisms. Being at the bottom of the marine food chain, they are essentially responsible for all marine life. And we know they also directly affect terrestrial life by producing oxygen and indirectly by powering the oceans.
However, the rest is a black box. If we knew more, we could vastly improve current climate models, better react to environmental disasters (e.g. Oil spills, pH change, etc.), and possibly learn to harvest the bio-power of the oceans and thus be able to solve the energy problem on earth. Learning more about the genetic makeup of our oceans is a huge step in this direction.

And so for the longest time, the industrialized world simply assumed that developing countries have to repeat the same historic development phases to catch up. This is no longer true.

An example is Elon Musk’s vision of decentralized power generation. Towards the end of his presentation, he explains how we can cover the world’s power demand without needing a conventional power infrastructure. The key is the ability to store electric energy in dimensions that could provide for cities. Without the requirement of a power grid, literally every corner of the earth can be supplied with electrical power. This means, for example, high-quality medical care will be possible in a lot more areas of the world.

By decentralizing the distribution of knowledge, the internet has already exponentially increased the amount of information we can access. It will eventually change education systems worldwide.

The real power of the internet, however, does not come from providing information but from enabling people to interact with each other. Now masses of individuals can work together on a scale that was impossible before. No longer do we need to bring experts physically together at one place to solve a problem, we only need to connect them. Per se, not an entirely new idea, video meetings and phone conferences have existed for decades, but now smart and simple software allows us also to communicate asynchronously at different times across time zones without losing information (Examples I use: Dropbox, Evernote, Asana, Slack,…).

I believe the most significant game changer via the Internet is decentralized funding, aka crowdfunding. Crowdfunding will bring massive change into all aspects of our lives.

It has never been easier to convert an idea into reality than now. Which problems are solved no longer depends on decisions made by banks, governmental institutions or well off individuals. Now anything can be realized as long as a big enough crowd is willing to support a project through individually relatively small contributions.

We already moved beyond gadgets and tools, and I am sure we will soon see much, much bigger projects. Because powerful interest groups have it much harder now to slow down unwanted progress, fundamentally new developments are only a matter of time.

So, if someone wants to team up with me to completely turn the health industry on its head, let me know…

I am convinced it is possible. Right now.

While not a technology the readiness of the masses to accept change is probably the most important ingredient for meaningful progress. Compared to our great-grandparents, we are so used to significant technological change that we barely notice it anymore. Consequently, we are more willing than ever to adapt solutions that completely change industries (e.g. Taxis, Hotels, E-books, TV, etc.).

This is an incredible time to live. Every one of us can start to bring positive change to millions right now. Let’s use this opportunity!