This is not a productivity blog. 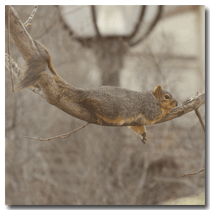 Here on Darn Office I have written a lot about productivity and still, yes, it is true: This is not a productivity blog. I don’t like categories to begin with, but productivity is for sure not why you should read this blog. Check one of these instead, these are all great blogs written by people I admire.

I don’t see much point in focusing on productivity. Let me tell you why.

I am pretty sure that you don’t feel as if the society you are living in had a productivity problem. You can likely get whatever you want shipped to you if you are willing to pay enough money for it. So then why is everyone talking about being more productive?

Because we as individuals want to be more productive. It sounds like a great premise: If I can accomplish tasks worth 40 hours in only 30, then  I have 10  hours for my disposal. Talking about incentives!
I actually just googled “being more productive” and this is what came up. Just click this link to do the same. 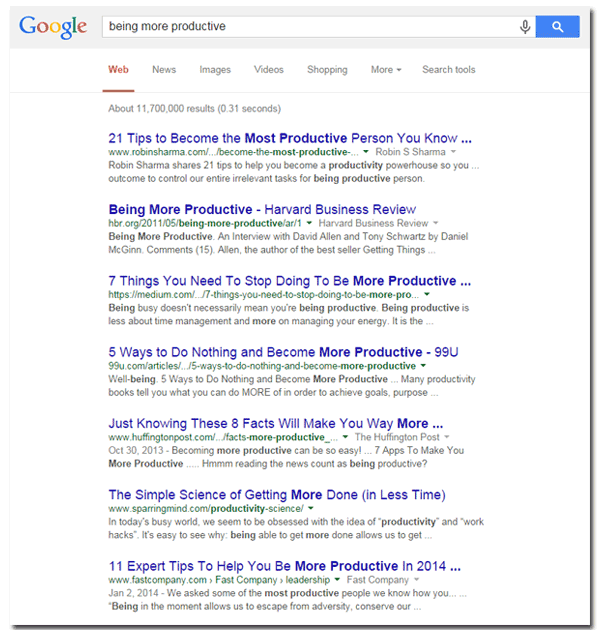 For the sake of the argument, it would be easy to say all these posts are wrong. And, yet they are not. They are actually all pretty good. Each one of them contains at least one tip that works for me.

We don’t want to be more productive to produce more, but to achieve more, to accomplish big projects, to make more money, etc.  Yes, all these posts give reasons along those lines.

But don’t fool yourself: The sole pursuit of productivity is a trap. Because we want to achieve big things, we sleep 8 hours, wake up at 5 AM and start the day with a task list, we get rid of the TV, automate most tasks, get help and say no more often, we utilize the Zeigarnik Effect and the Pareto rule, do the Pomodoro, and work out twice a day. And then… do we really get where we want?

I don’t want to be so presumptuous to assume I am like you. I am probably nothing like you, but I know that if you feel trapped, running faster only spins the hamster wheel quicker. And I know that for me, becoming more productive was never an issue, the real struggle is always about my priorities. What is the most important thing to do and why is it not the one thing I rather want to do?  As long as the ‘have to do’ items and the ‘want to do’ items are not the same, productivity doesn’t matter.

In other words, if your are absolutely consumed by what you do, you’ll get super productive eventually anyway. Productivity should never be the first milestone to reach. And that is where the trap lies. We have a lot of incentives to look into productivity because productivity saves time. And time is money, right?

No, money is money, and time is the most valuable thing you have. You don’t save time when you get better at something you shouldn’t be doing in the first place. I will dissect the email myth in a future post, so I spare you this example for now. Let’s take another topic that also comes up frequently instead: Faster Typing. The idea is you can publish more if you just learned to type faster. What do you think? Makes sense, right?

Yes and no. Actually, no and sort of. The obvious first: You shouldn’t be writing license agreements when you have no idea what these are, regardless of your typing speed. So let’s assume you want to write a book about something you are an expert in. Do you really think you can publish your book sooner if you just typed faster?

I’ve been writing every day for over a decade, almost two decades if I am honest.  Without ever consciously practicing it, I now touch type. That means if I was ever able to form a clear train of thought I could bring it to the screen pretty quickly. However, I am not a fast writer. If I could type at the speed of thought, I’d kill myself. Typing fast indeed helps to a degree, which I can see on bad days when I appear unable to write one orthographically correct sentence. Those days slow me down big time. But what actually helps is practicing writing for the same genre and topic over and over again. This is how I get gradually better at reaching ‘my zone’ sooner and sentences start to flow in my mind.

Don’t try to be more productive if you don’t know why. Let’s pick up the idea of saving 10 hours by working more productively again. Jeffrey Pfeffer cites a statistic in his book Power: Why Some People Have It and Others Don’t

according to which employees who are very productive and work harder than others have lower chances of getting promoted. One suggested reason was that superiors don’t want to lose productive (i.e. valuable) group members by recommending them for better paid positions. Super productive employees also rarely take the time to increase their influence on decision makers.

This is not a productivity blog because productivity is not always the solution to your problems. I want to help you seeing what is.
Photo: cseeman