If You Tossed Your iPhone into the Toilette 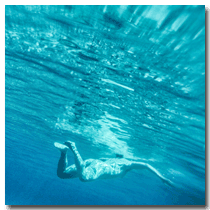 If you tossed your iPhone into the toilette, your next steps depend on what your motivation was to do so. Are you the owner of an iPhone 5 or 5S you may have done it out of temper, because you couldn’t fathom how to free these 4.6 GB needed for the update to iOS 8.

Or it happened by accident, which is a good reason to be upset. Freaking out, like the guy in the bathroom stall next to me this week. He seriously freaked out after I heard the solid “splash”. It almost happened to me twice, so I could feel with him. To his luck I knew just what to do in this situation. However, he added to his misfortune by running out without hearing me out. Or washing his hands, which may be even worse for that matter. I found him hours later on a bench outside our offices, his face buried in his hands…

Back in 2011 Plaxo published a study according to which 19% of people drop their phones down the toilette.  So don’t feel bad if that happened to you. You are not alone. Would be interesting to know whether these numbers have decreased since then. I guess probably not. However, if that hasn’t happened to you then you are either one of the people who don’t take their phones along for every business or you should watch out. It may happen to you in the near future.

Exactly you are the one for whom I am writing this post today. I couldn’t save the unlucky guy this week, but I am determined to save you.

Should you have droped your phone into whatever liquid then it is important to act quickly. Turn it off as fast as you can! Dry it from the outside, and don’t try to open it up to get the battery out. This will just void your warranty. That’s okay as long your phone is turned off, no current can shorten our phone’s circuits through the water and damage your phone . Owners of Android or Windows phones should be able to remove the battery.

Now that the phone is dry from the outside you need to dry it from the inside. Please, don’t even think about the microwave or the oven. I am just kidding, I never thought you’d do that. Everyone knows that  a microwave is only used for charging your battery. NOT!

Just letting it sit and hoping the water will evaporate doesn’t work either because it may just condensate between the chips. The simplest solution is to put your phone into a Zip-lock bag and completely cover it with rice. And then keep it in the closed bag for 48 hours. Don’t turn it on before that!

You have to be patient, which is hard, I know. This method worked twice with my TV remote. It’s your best chance to use your phone again if you turn it off right away.

When it works again, you should disinfect your phone, for example by using a Phone Sterilizer