Try Simple for a Start 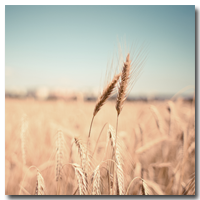 If you have a problem, then one way to find a solution is to reduce it to its core. The idea is to simplify your problem so much that all that remains is its most abstract representation. One of the most famous abstractions is the equation E=MC². Five letters and numbers that revolutionized how we think about matter and energy.

If you take a way more mundane problem, for example money issues, then they are based on an equation that everyone knows. Your cash flow is determined by income minus expenses:

So in order to increase your cash flow you either increase your income or lower your expenses or at best both. Great insight, huh? Well, that is where the actual problem solving starts. But sure enough there are numerous ways to achieve one or the other as long as we are willing to leave the treaded paths. The crucial point is the acceptance of the problem’s core simplicity. Yes, the problem is simple, which doesn’t mean its solution is necessarily easy to achieve. The path, nevertheless, is usually just as simple, as it is often quite obvious.

How often have you heard of a “complicated problem”? Whoever says that essentially wants to express the impossibility of solving such a problem, because the mere act of defining it already seems too difficult. Unconsciously we often find comfort in the idea of being up against something that is bigger than us, because that frees us from all responsibility and guilt. It’s complicated. *shrug*

However, that is usually not true. It mostly is simple, but we have reasons not to see it this way because we cannot or want not accept the consequences that simple solutions entail. Stopping the habit of smoking is not complicated. You just don’t smoke another cigarette. Period. You don’t have this last celebrated cigarette, because you simply don’t have the next cigarette. I know what I am talking about. Until about ten years ago I used to be a strong smoker who had tried to stop for a long time. That was until I decided to just not smoke another cigarette in 2005. It was that simple.

Think about how often you have said in any random situations that you cannot do something, but it was actually because you didn’t want to do it? It can be painful to admit such behaviors to ourselves, because it means to face our flaws and fears. Then again, the why, or better the why not, suddenly becomes simple.

Why are we doing this? A simple question, that we are, quite irrationally, often afraid of. You just can’t go around like a child and ask “why?” on every occasion. Why not? To counter with another simple question. Is it because if we don’t know the answer that we’ll have to dig deeper and may end up realizing we’ve done things for the wrong reasons and therefore have to rethink our priorities? Could be possible, right?

It is an eye opening exercise to go through your daily affairs and try to get at the simple core of everything. But be warned simple is difficult.

This is Quick Tip 34