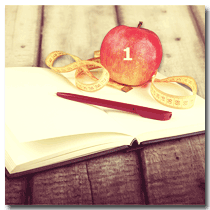 The last six months, my medium weekly written word count has been 40,853 words according to Grammarly. That’s over 5,000 words a day! I am pretty sure this number is off by at least a factor five. But as it goes with metrics, often the trend means more than the actual numbers. And for me, that means I am writing a lot more compared to a year ago.

However, on the flip side, I don’t publish as much anymore. Most of what I write are notes, emails and confidential reports not many will ever see. When every word I write stands against at least ten words I’ve consumed reading, watching or listening to content, then there is a lot of valuable information that remains underutilized.

So, I decided to put some of the best material I stumble over during my research or while actively procrastinating in short posts like this one; hoping that some of it may turn out to be useful for you.

After Neil Gaiman’s Commencement speech was recommended in three different radio/podcast programs, I finally took the time to watch it. It’s worth every single minute! Very inspiring.

“First of all: When you start out on a career in the arts you have no idea what you are doing.

If you don’t know it’s impossible it’s easier to do. And because nobody’s done it before, they haven’t made up rules to stop anyone doing that again, yet.”

What he says is valid far beyond the arts. It is true for any industry I can think of.

The link above includes the transcript and you can also get it in book form. If the original video page doesn’t load (it’s sometimes rather slow), watch it on YouTube.

My Year of Running Dangerously by Tom Foreman. 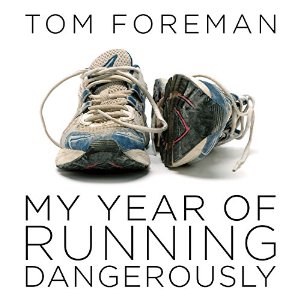 I am clearly not a runner. Sure, I jog now and then (once every two years or so), but I don’t know why people run regularly, and it remained a mystery to me why people do marathons. Bungee jumping made more sense to me than running your heart out on a hot day with hundreds of other crazies.

So, if you are not a runner, how interesting can a non-fictional story about running be? Sounds pretty boring, doesn’t it? I would have never searched audible for “books about running”, but it was part of an audible promotion and somehow it caught my eye.

Tom Foreman’s account of his way back to running was so captivating and so motivating that I admit, I listened to more than half the book while running myself. Isn’t that something? I’ve rarely gone through an audiobook thus quickly.

I always like it when authors read their own books. Tom Foreman, a CNN journalist, draws you in with his emotional reading, excellent storytelling, and many outrageous anecdotes that let you peek behind the curtains of the news business. After all, he managed to pull off a strict training regime with a very busy work schedule. This book is about much more than running. It’s about family, managing a good work-life balance, and accomplishing big dreams.

I found a tool – Coggle

I like to sketch ideas out on paper. When I am good, I even manage to save photos of my handwritten sketches and notes in Evernote. But sometimes it is more efficient to directly sketch into the cloud. For the longest time, I was looking for a good cloud-based solution for creating mind maps. Good means for me it has to be practical, fast and it has to look good. Mind maps are not rocket science, but most of the apps I’ve tried over the last three years were just plain ugly.

Coggle is not ugly, Coggle is beautiful. I know beauty lies in the eye of the beholder. Beyond being nice to look at it, Coggle is functional, easy to use, sharable, cloud-based and you can save your finished mind maps as an image or pdf. The last point is important because you’ll never lose your work this way.

Rabbit Hole Potential – Counting in base 12

Are we doing math all wrong? Having ten fingers probably influenced the way we count. Matching our ten fingers to ten symbols: 0,1,2,3,4,5,6,7,8,9 simply makes sense to account for anything. But is this decimal system the most practical? Would we feel as comfortable with another system if we happened to have 12 fingers? There are people who think a duodecimal or dozenal system is superior to our decimal system in daily life calculations. I love things like this. Something which we are so accustomed to that it feels like there can’t be any better way to do it is put into question.

These people, for example, the Dozenal Societies of Great Britain or America are not numbnuts they have pretty good arguments. I recommend watching Numberphiles Base 12 – YouTube video first, it’s digestible and pretty convincing.

How would your day look like tomorrow, if there was no electric power?