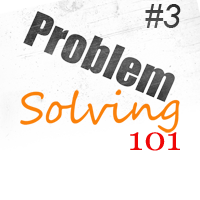 Welcome back to the third part of my Problem Solving 101. We reached the second phase of the UPEC process, the planning phase. By now you should have formulated your problem statement including your base conditions, which means by now you ideally fully understand your problem and everything that is involved.

Great, now you can start finding possible solutions. The next step would be to evaluate these solutions and decide for the best one. Then the third step is outlining a course of action and the fourth defining an ideal outcome and a minimal acceptable result (MAR). At last, you need to find a metric to track your progress before you reach the Execution-Phase where you finally start solving your problem according to plan.

Coming up with Solutions

Sometimes they hit you out of nothing and sometimes coming up with ideas is as difficult as squeezing water out of stone. I generally see the generation of ideas, as a creative process. And as we all know, creativity doesn’t want to be bound by strict rules and processes. However, there are several strategies that can help you to produce ideas, either by stimulating your creative brain buds or through strict logic. As a start, I want to talk about three quite different strategies for today’s lesson.

Many stories of how great people derived their greatest ideas don’t tell about desks, pens or paper. They are stories of sudden epiphanies in moments of distraction. Think about Archimedes in his bathtub or Newton and the apple, just to mention the most famous ones. I wrote before how taking a break is helps me in many situations to refocus on important details.

Sure, we often thrive under pressure, but it may often just need the opposite – a small break – to come up with the right idea. As counterintuitive it seems there is plenty of scientific evidence that it works.

Whether the unconscious mind is indeed at work is not entirely clear. The research on incubation offers various explanations for this phenomenon. But regardless of the mechanism, when a problem seems difficult, and you have already put quite some thought into it, taking a break is a viable strategy to see things more clearly. I think it is worth keeping that in mind.

Be Analytical (Divide and Conquer)

You may face a problem so big or so complex that you don’t know where to start. The Divide and Conquer strategy is made for such cases. You look for smaller parts of the problem and then solve these one by one.

This analytical approach works also well for troubleshooting (see last lesson). Find the modules of the process or equipment that is broken and check these for errors. 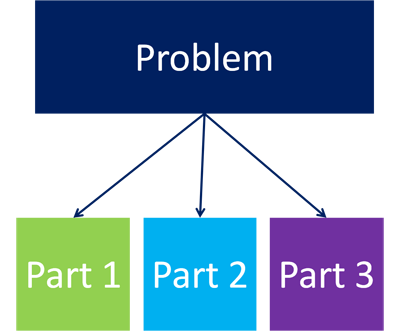 For example for a broken lamp these parts would be:

You can now check these one by one to find the error, and when you found it, it should be easy to solve. But again, there will be a separate lesson on troubleshooting.

Back to problems that do not require troubleshooting because you don’t want to reach a previous but a new state (jeppers, see last lesson). By dissecting the problem at hand, you will likely find pieces you haven’t thought of before.

Let’s say you wanted to run a marathon in six months, then you’d have several aspects to solve, besides the training like equipment, nutrition, psychology and I guess dealing with medical issues such as muscles, blisters, and the likes. The training itself could, for example, mean getting you from no shape to aerobic fitness then getting used to running, ramping up the distance, increasing the anaerobic threshold, up to the final tapering phase close to the race. Overall each of the different aspects and training phases present sub-problems or sub-goals which to overcome are much simpler than the overall goal.

I see the Divide and Conquer strategy as the first step of the solution finding process in combination with other methods. Great for teams, because you can split up the problem (don’t have to) as a team and then allocate the parts to the team members. 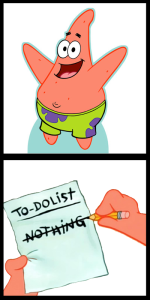 As trivial as it seems this is another must for solving complex problems. It is never a bad idea to consult an expert on a topic or someone who has already successfully solved your specific problem. We often like to think that we can and should deal with everything ourselves. This can be a costly decision, which is true at home and in business. When we are new to something then failure is a great way to learn, but it is.. well, part of the process.

Asking someone for help is not only to a great way to connect with others but also a scientifically proven method to be seen more favorable by those who are helping you.

Mind mapping is a simple technique to visualize and sort information in a diagram instead of writing sentences. It is a useful method when you for example analyze (see divide and conquer) your problem, as a way to structure your thoughts.

One could describe the diagrams like trees, with a single starting point in the center that branches out, and divides again and again. Each branch ends with a word describing a concept, idea, module, etc. The lines that connect the words are part of the meaning.

Here is an example of one I made for this course (I am hiding some of the information, so you need to come back for the rest). I created it using XMind.

For a long time I wasn’t even aware that software is available to create mind maps, and when I learned it, I could not see why I would need a program to draw mind maps. If you feel the same right now, then I want to point out that digital mind maps have some great advantages: You can hide some of the branches and thus easily focus on specific parts without getting distracted by all the other information. You can also easily share them and project them on the wall in meetings. These are indeed some significant advantages. I store images of mine in Evernote, so I don’t forget I made them.

Yes, that is it, but only for today. With these few tools for idea creation and solution finding, you are ready to start working on your problems. Many more to come in future lessons. So don’t forget to subscribe if you haven’t done already.

If you don’t want to dig though a lot of complicated research, then I can recommend the Book Yes!: 50 Scientifically Proven Ways to Be Persuasive by Noah J. Goldstein, Steve J. Martin, and Robert B. Cialdini.

There are plenty more, these are some I had looked into before I got a good deal on Xmind and stuck with it.

I also need to mention Scapple, which is not really a mind mapping tool, but currently my favorite way to visualize and sort information. It’s from the creators of Scrivener, my favorite writing tool. This post was created using Scrivener and multimarkdown.

So far these posts are part of the Problem Solving 101 course: