One Difficult Update – The Art of Letting Go

Sometimes we are unhappy for the wrong reasons. Thus, it is simply irrational to be unhappy about not posting DO updates in time, when I never set a deadline. Believe me, deadlines matter if you want to get things done. Although I wanted to post an update somewhat sooner, I am quite happy with my progress over the last weeks since the first update.

I have added and revised a couple important pages like the About, Getting Started, and Resources pages to help visitors on DO to take the most out of it.

And of course I’ve worked on optimizing the site in the background, re-arranged the categories and wrote a couple of  posts. Among these I have finally completed my post about my online time savers. But I am even more happy about putting out the Five Golden Rules for Effective Action, which is actually a unit of 6 posts. These will help me on My Personal Quest (MPQ).

As start signal for my progress towards goal number 2 (work with my wife) of my personal quest I launched another website www.makeupartistbeauty.com a few weeks ago.

In April I also started a Fiverr-experiment (update: now The Hundred Dollar Challenge) to do something I would usually not do (Goal 1: Do more stuff). I am also exploring how much potential Fiverr has to help me towards Goal 4 (more income). 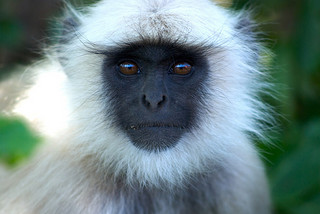 I admit sometimes I am quite obsessed with solving problems. Trouble-shooting is a big way to waste your time. Even more so if you spend time solving problems that never needed solving in the first place.

A couple of weeks ago I could not log into my Admin panel as a result of a brute force attack on WordPress installation at various hosting providers. My web hosting provider (Arvixe) was forced to temporarily disable the admin.php because there were too many requests. I was still logged in and could work, but actually haven’t even planned to do anything with the site. But as soon as I saw that there was a problem and I could not log on from another computer I was on a mission. So spent about two hours reading up on the topic and trying to sidestep the problem and was only stopped because I had to leave the computer.  When I got back hours later everything was fine. I could have used these two hours for so many better purposes. Sometimes it is better to let go. (You may wonder: “Why the monkey?”, check the monkey trap)

Another time to let go is, when it is too late. I actually wanted to use the second update to showcase what I learned about optimizing this website. My idea has been that the DO updates are the platform to ‘blog’ about my progress, which includes lessons learned while running DarnOffice. I had drafted a guide with step by step screenshots, which I realized was too specific for a general ‘help-desk’ post. But while there is more and more I want write I couldn’t to let go of this guide and the idea what this second update would be about. Hence, making the second update the plug for all further updates. I needed to get it out before I could move on.

Here it is. I had to let go of all the text I had written and I had to let go of trying to make this a better, more informative post. I needed to pull the plug and clear the way for more to come. My ambition is to make this site “The Most Useful Site on Earth”, which is of course ridiculously presumptuous and comes with a smirk. But, well it keeps me going and is the reason why posts that solve problems will always have the priority over more personal updates like this one.