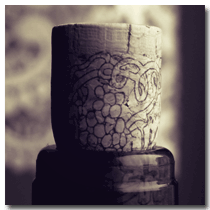 The last years a lot of focus has been on creating good habits and losing bad ones. It makes a lot of sense of course. Flossing daily, eating healthy, and working out regularly are certainly habits, whose benefits are difficult to deny. However, for me, there is one bad habit that probably has the biggest negative impact on me.

Aren’t we truly privileged, when our biggest struggles are the ones with ourselves? I feel blessed what that concerns.

Considering how often I brought up examples for this bad habit, it is obvious how much I have been bothered by it. In Embrace Positivity (QT 21) as a sidenote, I wrote “My daily commute was stressful until I started to listen to podcasts. I had no longer time to complain about the other drivers. As a result, I am a much more relaxed and less aggressive driver …”

In The Best and Most Popular of Productivity Blogs, I listed Steve Pavlina’s post about how to stop complaining and described complaining as “one of the biggest productivity killers and a great inhibitor of success.” This statement couldn’t be more true. While being optimistic and positive about anything that you encounter helps you get going, complaining even if it is entirely unrelated acts like a plug to the flow of ideas.

Of course, we are not always happy. When you plan a summer vacation and it rains all the time you have a good reason to be unhappy. However, complaining about the weather doesn’t make it better, does it? And that is the point. In order to think about activities you can do when it is raining, you need to stop complaining first before you can open yourself up to alternatives. That is why I like so much what  Tim Ferriss wrote in Real Mind Control: The 21-Day No-Complaint Experiment: “I defined “complaining” for myself as follows: describing an event or person negatively without indicating next steps to fix the problem. I later added the usual 4-letter words and other common profanity as complaint qualifiers, which forced me to reword, thus forcing awareness and more precise thinking.“

I also agree with skipping the profanities, not only because they are for me often the introduction to a longer internal rant, but also because swearing expresses aggression even if it is not voiced.  Without build up there is no need to calm down. And as he writes, when we are forced to focus our words towards solving the problem, the action is almost inevitable. Just by minding our language we trade being discontent with  being oriented towards action. Sound much better, right?!

Both Tim and Steve wrote their posts in 2007 and not surprisingly their posts are still relevant. If it takes 21 days to form a new habit, it may just take a few to see the value. So, I challenge you just for the next three days to skip any complaining at all. Whenever you feel the need to complain, think about how you can make the situation better and what you can do next time to avoid it.

“Looks like I am stuck in traffic. So maybe I dictate my emails into my phone or find a good podcast or think about my next vacation (not a place that has the rain season in summer for example). And I should try to avoid the rush hour on Fridays by starting an hour earlier next week.”

I bet with you, even if you can’t avoid all complaining – it is a long process after all – but just being aware of how much I complained, was eye-opening for me.

This is Quick Tip No 49
photo credit: tripleigrek